Well it was a pretty uneventful weekend. Just like Friday ended with me playing Rockband so did Saturday and most of Sunday.

We had some of Mrs. Mackalicious' Alabama friends over for a couple of tax-free shopping days. I didn't really purchase much, but my prize buys of the weekend came from a couple of shops at the Marietta Square.

#1- There is a pretty girlie store called Doodlebugz that has a pretty good selection of collegiate stuff. I bought myself a new pair of UGA Croakies to attach to my sunglasses for the upcoming football season, just to stay classy.

#2- There is an antique store across the street from McCrackin's Irish Pub that sells a ton of old vinyl albums. Being the music fan / interior decorator I am (I have my Pink Floyd albums framed in one of the bedrooms of my home) I went in search a few missing pieces of my collection. I found Pink Floyd's: The Final Cut and the Roger Waters solo album The Pros and Cons of Hitchhiking. Both are pretty rare and hard to find in good condition.

That was pretty much the extent of my tax-free spending spree, yes the records were tax-free because the dude told me if I paid him in cash he wouldn't charge me tax because Visa would leave a paper trail of what was sold...so there you go.

No big stories, I'm actually working on throwing some UGA stuff together because I think it's been nearly a week since I did anything sports related. Sorry 'bout that.

OH, one more thing (you can tell I write this blog as things flow from my mind because this is WAY off where the topic started). I mentioned last week I was going with my family to the Stone Mountain Laser Show. It's been a family tradition of ours to go to the laser show once a year and this year they changed it up. I personally think it's much worse, but then again I tend to fall on the traditionalist side of most arguments.

Here's where they went wrong.

#1 Leaving out the godfather of soul, James Brown. That's right, no Livin' in America. 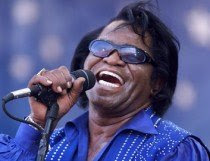 #2 Elvis' American Trilogy was the SECOND song. Stoney Jackson, Bobby Lee, and Jeff Davis were definitely not happy with this move, you could tell because not ONCE during their portion of the show did they smile...or it could be because they were losing the War of Northern Aggression. American Trilogy has long been the set-up song to Lee Greenwood's God Bless the USA as a closer. Queen never played We Will Rock you without DIRECTLY following it with We Are the Champions...same mistake here. 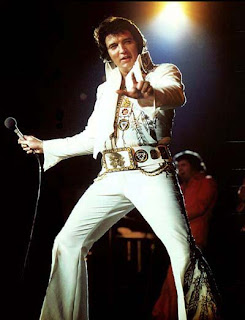 Thank you, thank you very little.

#3 THEY DIDN'T EVEN PLAY GOD BLESS THE MOTHER FESTIVIN' USA! I couldn't believe it. They kept that stupid synthesizer song with a bunch of crappy trapezoids and geometrical shapes...but they didn't keep Lee Greenwood's most significant contribution to southern patriotism!??! THAT'S SOME HORSE SHIRT! Instead there was some Gawd-awful version of the national anthem done by Sandi Patty. That woman shrieked out verse after verse of the song trying to make the dogs over in Rockdale County howl along with her and it was absolutely HORRIBLE! When the lights came up after that I was seriously in disbelief as to how bad that song was. 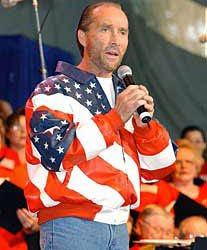 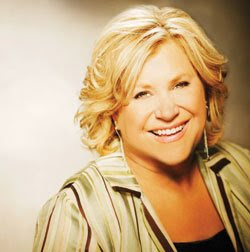 A Golden Corral Patron...but you can't blame her, the rolls are fantabulous!

Well, that's pretty much my review of it, perhaps I'm way outta line. I wasn't too thrilled with it, but then again my job isn't to play music and shine lasers at a big rock while drunken rednecks gawk with their mouths open on the lawn. But I tell you, if it WAS my job, they'd throw me in jail for manslaughter because so many minds would get blown!

Labels: about me, on my soap box, wave a flag dummy, weekend wrap-up

Ha... festivin'. Also, the new seizure inducing glow in the dark sword-like things were a downgrade.

Yeah, since when did Stone Mountain turn into raver's paradise?!?

Awww...sorry Stone Mountain was a wash out. I've heard of it many times before from my Stateside friends. :-) I was lucky enough to see James Brown live a few years ago...he definitely LOVED his dancers, the dirty ould man!! He couldn't keep his mitts off them!!! :-D