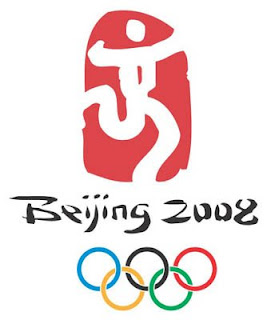 What can I say, since 7:30pm last Friday it has been nothing but 24/7 Olympics in the Alicious household.

Honestly, until I married my wife who is a total Olympics junkie I had little to no interest in the Olympics. Sure I went when they were in Atlanta and saw a couple of events, I even got my picture taken with Butterbean at the boxing event! But at the time I didn't appreciate them to the extent I currently do.

The opening ceremonies completely blew every other opening ceremonies out of the water. From the first time I nearly crapped my pants (at the 3 jillion light-brite drummers) to the last time I nearly crapped my pants (as the last torch-bearer began to turn and run around the inside of the hole in the roof, I thought his harness broke because he jostled to a 90 degree angle so quickly) it was an incredible spectical to say the least.

Aside from that, the events were fun to watch and having 3 NBC affiliates in high-def helped keep it interesting when badmitton was on. So far my favorite moments involved...

#5- LeBron James kneeing the basketball right into the ref's breadbasket after his free-throw rebound bounced back to him. Also, let it be known I tried to start up the "USA, USA, USA!!!" chant in my living room after every basket.

#4- Watching that 17 year old Chinese kid throw around 350 lbs in weightlifting like it was roasted dog on a stick (which you can't purchase in Beijing this month).

#3- Candidly catching some of the Chinese women swimmers tucking a "testicle shaped upper-thigh tumor" back into their swimsuit.

#2- Seeing Eli Manning smash his own world record and winning his first gold medal of the 2008 Olympics in the 400 meter swimmi...wait...Michael Phelps?! Ooooh, my bad.

#1- Knowing something few UGA fans know about America's secret weapon for the 33 meter high-dive. Here's a hint, he flew out yesterday and his name rhymes with Roach Park Micht! 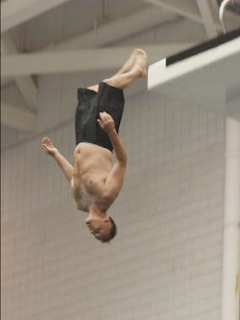 Other highlights include just seeing the outrageous Chinese architecture. I mean seriously... 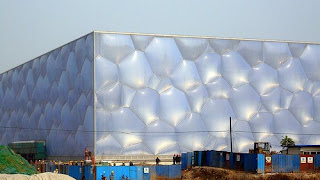 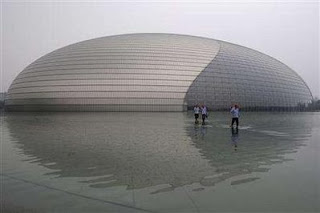 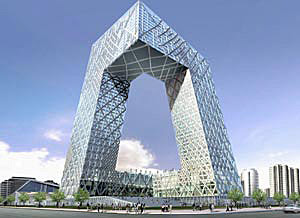 If nothing else I've found this as an excellent way to keep my mind off how ready I am for football to start, so with that I keep my conscience clean with my part-time lover, the 2008 Olympics. Just remember college football, you were NEVER around when I needed you most!
Posted by Mackie at 9:49 AM