...and stop calling me Shirley

Even against the advice of Robert Downey, PETA continues to their efforts to go "full retard". The email sent to AD Damon Evans reads as follows...

In the wake of the untimely death of the University of Georgia's (UGA) bulldog mascot, Uga VII, PETA has asked the school's athletic director, Damon M. Evans, to replace the mascot with an animatronic dog--or to rely solely on a costumed mascot--instead of using another real bulldog. Bulldogs are prone to breathing difficulties, hip dysplasia, heart disorders, and other congenital ailments, and acquiring a dog from a breeder perpetuates the animal overpopulation crisis while causing another dog waiting in an animal shelter to be condemned to death.

"It is time for the university to put an end to the cycle of suffering endured by dogs who are brought into the world solely to represent the school's 'brand'," says PETA Assistant Director Kristie Phelps. "By choosing a humane alternative to the use of live animals as school mascots, UGA can show that compassion always wins." 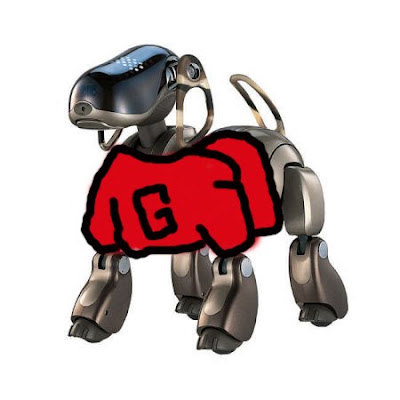 The most appropriate response from Damon Evans would be to print the email out, wipe his anus with it...then throw it away just in order to not "keep this email paperless". However, if he were to recognize PETA as a legitimate organization and respond, you can never go wrong quoting the movie Airplane!

Interview with the Enemy: Nerd Edition

If you're on Twitter you may hear me go back and forth with a Tech fan by the name of @JeffBaltes. Jeff and I were in the same fraternity in college and keep in touch only through the occasional attempt to piss each other off in less than 140 characters. Jeff is a contributing blogger to The Jolly Good Fellows which covers all things Tech. Baltes was kind enough to sit down with me and do a quick 10 question interview concerning this years edition of Clean, Old-Fashioned Hate.

#1. I will start off by asking for a few pointers on how to survive a sh*tty season, you guys have had 7 seasons with at least 5 losses since 2001 (01-07). Which helps more? Drinking, or optimism that it can’t get worse than this?


You know it could get worse, we could have been Duke through all those seasons. But I think after every UGA loss, we held our hope that Chan Gailey would get fired. It only took five losses in a row to finally unload him. I miss him and Reggie.

I actually think Chan lost to Georgia 6 times in a row...but moving on.

#2. Many Tech fans may not know this but it’s been a secret among the Bulldawg Nation that our defense has been purposefully sucking all year in an effort to lure Georgia Tech into a false sense of security for the Clean, Old-Fashioned Hate game. How do you think Tech’s offense will react once we unveil our master plan?

I feel pretty good that Tech’s offense will be ready for the master plan of Willie Martinez. I expect some late hits and other penalties along with missed tackles. I just hope Rennie Curran is not in on the play.

#3. Many Tech fans may not know this but it’s been a secret among the Bulldawg Nation that our offense has been purposefully sucking all year in an effort to lure Georgia Tech into a false sense of security for the Clean, Old-Fashioned Hate game. How do you think Tech’s defense will react once we unveil our master plan?

Our defense is mediocre at best but we will be just fine against UGA’s offense, especially if AJ Green does not play.

#4. Many Tech fans may not know this but it’s been a secret among the Bulldawg Nation that our Special Teams coverage and return game has been purposefully sucking all year in an effort to lure Georgia Tech into a false sense of security for the Clean, Old-Fashioned Hate game. How do you think Tech’s Special Teams coverage and return game will react once we unveil our master plan?

Have you seen our special teams? They are just that, “special” There might be 2-3 kickoffs returned for TD’s in this game.

#5. What is more embarrassing for Tech fans? Having Zombie Nation’s “Kernkraft 400” play over your stadium’s sound system or the Georgia Tech interstate sign on the connector that still uses colored light bulbs?

UGA used to play “Who Let the Dogs Out” thus nullifying any embarrassment that might come from the GT fan base.

If I can follow up the fact that we played “Who let the dogs out” for one season, as opposed to ya’ll playing Kernkraft 400 for several years and the lightbulb sign is old as balls…you technically didn’t answer the question.

They play Kernkraft when they are showing a history of GT football and I like that. So I guess the sign is more embarrasing.

We will score more points and Paul Johnson won’t let us lose. You know he is better than Chuck Norris, don’t you?

Because our defense goes to sleep and our special teams do not cover kickoffs. If AJ Green plays, he might score 4 TDs.

He fell out of the ugly tree and landed on a rock.

#9. How much are you loving that the only thing I can do for my team’s sake is make smartass comments about non-football issues?

It is fun, because we have dealt with this the entire decade. Paul Johnson knows what he is doing.

#10. I was in attendance of the game last week where the wheels came off for my Dawgs. I’ve pretty much given up hope of beating Tech this year because you guys have a solid team and Joe Cox might be the single most inconsistent QB in Div I-A history. Many Dawg fans are looking forward to next year and banking on our recruits panning out, how does the future look for Georgia Tech football?

The future is very bright for GT fans as we have a stable of running backs in waiting, the only concern is getting our defensive line where it needs to be. We will lose Derrick Morgan this year and that will hurt, so I hope they can develop some d-linemen to get our defense back where it needs to be!

Thanks for being a good sport, Baltes. I wish you and your team the worst of luck Saturday and I hope you completely implode...aside from that, I appreciate you entertaining me.