Sorry about the lack of posting these last couple of weeks. Work has been crazy and I'll be out part of next week as well.

One things for certain, next month can't pass by quickly enough. I don't believe I've ever been so ready to age.

There are a lot of people who end up homeless by habitually making bad decisions. These bad decisions usually do nothing but slowly alienate you from friends and family as you drift in with a crowd of fellow bad decision makers.

Is Lane Kiffin a bad guy? I can't say that I know him personally, but my head says no. What I can tell you is he came into the SEC during the off season and like clockwork the smallest prick initiated the pissing contest. Over the course of this downtime Lane somehow managed to piss off anyone and everyone who would listen. So he has alienated himself from his SEC family (quite a dysfunctional bunch), except for his fellow homeless people...now replace the word "home" with "tooth" and you've got VOL NATION 2k9 BABY!

According to the Gerald Celente-like accuracy of the Pantsless Preview, our Dawgs roll into Knox-vegas after a huge victory over LSU. The Volunteers will have just finished playing Auburn in the newly minted Dunce-Bowl the week before.

Just like Tennessee, Auburn is also breaking in a new Head Coach...and I whole-heartedly believe many War Eaglers are huge fans of Lane Kiffin. Why? Because if Lane Kiffin hadn't been hired and started mouthing off to people, all the press would be on what a bunch of dumbasses the Auburn fans are for running off Tuberville and replacing him with Iowa State uber-leader Gene (chizzy-chizzy) Chizik...but I digress.

We don't really know what kind of toll the Tigers will play on Tennessee, but I have a good idea we'll be in the same boat after playing the other Western Division Tigers the same previous week. So we have no real scheduling advantage because at the halfway point in the season, as grueling as our calender has looked at least we haven't played SEC headliner Jesus Jr. and the Florida Gators.

Anyway, so we know Tennessee Safety Evan Berry is the freakin' man. What we don't know...

...then who is this Evan Berry I've heard so much about?!?

Well, I guess if Coach Kiffin is comfortable with putting Tennessee recruitment in the hands of Gary Glitter, then who are we to judge? But where was I? Oh yes, Eric Berry is a freakin' beast (I would only suggest clicking that hyper-link if you're comfortable with the taste of vomit in the back of your throat...if you were Greek in college I'm assuming you've come to appreciate the sensation). So that guy's going to be back which means we better have our $#*! straightened out at RB because I don't know how much I trust Joe Cox to stay away from this character. With any luck, he has a great Junior year and leaves early for the NFL so we don't have to hear that cracking sound next year. If not, perhaps he'll see the value of his skills and transfer his final year of eligibility to Life College and become a chiropractor instead.

Also the Vols will have a go-to guy in Gerald Jones at WR...but luckily my grandmother is still in the mix for playing Quarterback at UT next year so I doubt his threat will match his talent level. Either way, as I've stated before I've got high hopes in our defense improving exponentially for the 2009 season and I believe the Willy-Mart will be open for business.

I've always said "Rocky Top" is a song best sung by someone reeking of bourbon, oozing with sarcasm, and wearing faded red pants. At last check, Vegas had our boys at 3 1/2 point favorites...I'm gonna give them a full TD.

At this point, if the people dressed in Orange aren't wishing Kiffen had kept his mouth shut...they probably haven't learned their lesson and will continue to go about making the same bad decisions that got them in this ugly toothless situation in the first place.
Posted by Mackie at 7:52 PM 5 comments:

August will be the longest month ever.

Also, I hope they sell A LOT of these in Stillwater, and hopefully there's at least one hanging in a locker-room in Athens. Even though, I absolutely hate "Smack Talk" brand clothing I love good motivational tactics for our boys.
Posted by Mackie at 1:52 PM 1 comment:

Labels: are we there yet?

When I graduated from college my Aunt gave me my first iPod. It was the 30 Gig version that was as thick as a deck of playing cards and had this new technology where you could upload pictures and view them in color! Not movies...just pictures.

A few drops, service appointments, and 4 years later; I'm sad to announce my iPod has passed on. It will no longer hold a charge, or come to life while charging. Kaput.

My dear friend saw me through many phases of music. Classic Rock, Jam Bands, 80's Hair, Jazz, Opera, and the occasional Dogs Barking Christmas Carols. Through my taste in music is a collective mash-up of varying taste, one thing has been always been by my side...my iPod. Goodbye, friend...goodbye. 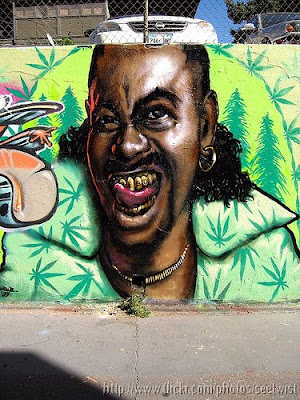 Let's see how much sack the 40-year-old-man is willing to put on the chopping block when it comes to dealing with the high expectations of his team. Beating Georgia would set the tone for the rest of their season, losing to Georgia during a so called "rebuilding year" would pigeon-hole them as still being a mediocre Big XII team. Certainly benching his starting TE wouldn't help the winning cause, but as the Good Senator brings to light, waiting for Rice, Houston, or Grambling isn't off the table.

I'm sure I'd be enough of a gentleman to not bring that up when I'm on my 2nd flask of Rebel Yell stumbling through the streets of Stillwater during the pregame tailgate.
Posted by Mackie at 8:30 AM 5 comments:

Labels: b*tch you ride the Marta bus, The only Big 12 I know come from Krispy Kreme

Who can tell me what's wrong with the premise of this video?

...if you guessed, bragging about your new Defense coaches then show clips of how good your old coach's defense was...then YOU WIN!

...yep, you got it! Showing clips from your player's highschool highlight reel goes a loooooong way against scaring your SEC counterparts.

Now don't get me wrong, LSU is a very talented program. For the most part, you can always count on LSU to be in the running for the SEC West. They pull talent like Michael Jackson pulled Huggies...yep....went there.

But just like these videos show, you can't rationalize anything with their fanbase. Don't try to have a civilized conversation about SEC football with these people, it ain't happening. 9 times out of 10 it'll end with the words "Whup 'dat azz", "Tigah' Bait!", or "Justin Wilson coulda kicked Alton Brown's azz!".

To say LSU will be more of a challenge than last year would be an understatement. I doubt we'll see Jared Lee tossing pick 6's to our defense now that Jordan Jefferson has taken over as QB. Watching them dismantle Tech at the Peach Bowl last year was a thing of beauty (hopefully our staff was taking notes on how to defend "the perfect option").

To be perfectly honest, this preview is going to be relatively speculative. I'm not going into a ton of depth when it comes to how I view LSU's roster because I view our two camps as being in the same position. If anything, personnel-wise, I give the Dawgs a slight advantage especially due to QB experience and strength of our linemen. We both have superstar WRs (Brandon LaFell/AJ Green) split, LSU has advantage in the Runningback dept. with senior RB Charles Scott, and I'll give Georgia the advantage in our kicking game (LSU will be breaking in a new place kicker and punter).

Schedule-wise the Dawgs will continue their role as Sisyphus 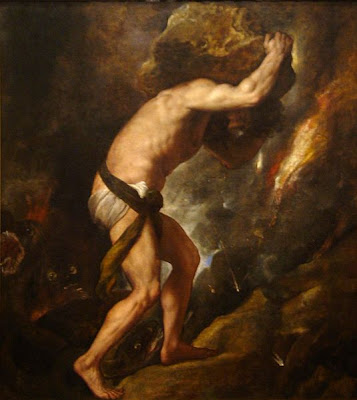 (how's that for some culture, bitches?)

and picking up where Arkansas left off, the Bayou Bengles will be performing the part of Elle Woods carrying around her pink-clad chihuahua. 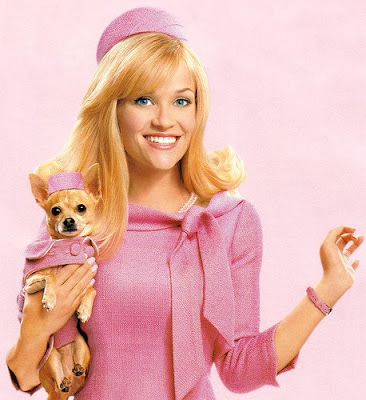 Going into the 2009 football season with all guns blazing against Pac-10 powerhouse...Washington? Then they host Vandy, UL Lafayette, and make a treacherous trip over to Starkville to play the Bulldogs of the West. Please note the Mississippi State trip will be treacherous, not the game...Starkville blows.

As if you didn't know already we've faced Okie State, South Cackalacky, Arkansas, and Arizona State in the same time-frame. Also, as you are aware I predict UGA to fall prey to the Razorbacks and come into the LSU homegame with a 3-1 record. This is why you might be surprised I pick Georgia to knock off LSU on October 3rd.

That's right, I think we'll drop the Arkansas game because we'll be tired and get caught with our pants down trying to moonwalk through Fayetteville. But it's the same frustrating situation where we underestimate the opponent and don't play with the fire we need to win. However, LSU is a name we know to take seriously. We have them at home, this will be Jordan Jefferson's first start in a loud SEC opponent's stadium, and we'll have nothing to lose. LSU will still be undefeated and riding a media wave of monstrous victories over mediocre opponents.

Jordan Jefferson gets a bitter-dose of reality on his first trip to Athens as the LSU Tigers fall to our Dawgs in a shootout, 20-17 UGA.

Next we take a trip to visit The Kiffer in Knoxville. I think the only thing more difficult than writing the preview for this game would be avoiding the easy cliches that run rampant like 13 year olds with football scholarships in Knoxvegas.
Posted by Mackie at 6:54 AM 4 comments:

On this day, in the year of our Lord 2008, the way the world viewed UGA sports changed forever.

A young man quit posting anonymously amongst the multitude of bloggers and came to realize the penis mightier.

This young man set out with nothing but his wit and a free Blogger account to sodomize the minds of UGA sports junkies.

The posting has lightened up (mostly due the paying job getting in the way) but the glamour hasn't faded. I still remember it like it was yesterday, a young boy approached me at a UGA game and said...

"Hey mister, aren't you Mackie the guy who writes about Georgia football???"

"Why are you giving away free candy and baseball cards from the back of this van?"

"HEY, WHAT ARE YOU DOING WEIRDO!?" his father yelled as he approached.

I slammed the back doors and peeled out of the parking lot, but I'll never forget the first time I was recognized in public by a fan of my work.

All thanks to you bums who keep coming back to read my thoughts and ramblings. Here's to another year!

If I can make it out of this week alive we might get my LSU predictions in the books...but seriously I've got my back against the wall to meet Thursday deadlines. Keep reading folks, if I'm gonna do this full-time I need the hits.
Posted by Mackie at 12:00 AM 7 comments: