Well, obviously I'm at work this morning and didn't dance the night away downtown following a JSU victory, but I still had a good time last night. I thought I'd list a few things I learned from the game.

-Georgia Tech was bound and determined for this game to not be anywhere NEAR close. This was evident because they were going for it on 4th down at mid-field while winning 27-0. Johnson's got a huge chip on his shoulder trying to prove his offense will work against real competition...maybe soon he'll get the opportunity to.

-For non-athletic wizards who live with their parents, Tech fans can throw 12-sided die at you surprisingly hard. 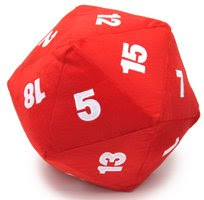 -Ryan Perrelloux doesn't trust his receivers...frankly, I don't blame him. A few dink passes here & there, but JSU didn't go deep once...not even for fun! Most passes came when RP would run out of the pocket parallel to the line of scrimmage to draw the defense off his receivers. JSU's running game didn't do much and RP's scrambles didn't pick up the blocks a running QB needs. Wishful thinking on my part that JSU might keep it interesting but it was evident Tech was the better team following Jack State's second possession.

-Bobby Dodd Stadium at Historic Mark Richt Field is one of the WORST venues I've ever watched a football game at. I went to a Tech game when I was 5 or 6, that was the last time I'd been there but I knew I didn't like it then and I don't like it now. The fact you're limited to the section of the stadium where your ticket says you should be sitting is awful. I had buddies in another section along the side, but they don't have a spectator area around the field for fans to congregate and catch-up with old friends.

-The higher-ups at Tech don't want the visiting team's fans to be in large groups together. I was pretty proud of the following Jack State brought to Atlanta. There was perhaps a 1 to 10 ratio of JSU fans to Tech fans, but when issuing a "visiting team section" of tickets, they broke it out into the 4 corners of the stadium in medium size groups. There was a small group next to the huge band at the south end zone. The upper deck of the east side had a good group at each end (left and right). The north end zone had a medium size crowd where we were sitting, and along the west side of the stadium there was a scatter of red shirts throughout the crowd. I just hate we weren't able to get to other sections to see people we knew.

-Nobody looks good in mustard color t-shirts. I made a crack about how all the white boys at Tech have blond hair and fair-skin making them look, essentially, pink in skin color. This looks awful while wearing gold/yellow/mustard colored t-shirts. I'm not the fashion police or anything, but in Athens on Saturday even the least attractive among us look good in red whether they're leathery tanned or lilly-white translucent.

-Stereotypes are stereotypes for a reason. Here is a list of things I saw last night.
1. A short-sleeve dress shirt with a pocket protector in the pocket.
2. Several Oriental students not wearing anything remotely similar to Tech colors (I think one of them was actually wearing a Manchester United coat), also they had cameras.
3. A half empty upper deck in the North End zone. Which oddly enough would be AWESOME seats if you could get them at that level in Sanford Stadium. But it is Dragon-Con weekend so doctor's notes aren't needed for excused absences.
4. We also passed a Meatloaf lookalike contest on the walk in from MARTA...wait, hold that, I'm being told that was a walk through their Sorority Row. I apologize for the error. 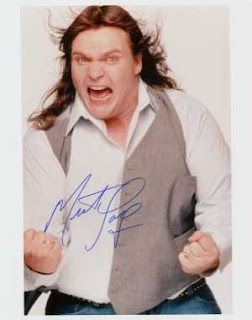 Sorry Sweetheart, sometimes even dashboard light it too bright.

Happy Friday suckers! No fart scene this morning I've got a lot of work to do before an extended weekend.
Posted by Mackie at 7:54 AM

Also, to that list of thing you saw/ stereotypes, I would add the fact that their flag girls' uniforms are football jerseys and shorts... I'll leave it at that.

Thanks again for the invite last night, I had a fun time with you three. You did forget to mention the god-awful screech of a train whistle for every play that was deemed good by the announcer.

Oh yeah and I hear there are going to be fireworks in Sanford Staduim.

"We also passed a Meatloaf lookalike contest on the walk in from MARTA...wait, hold that, I'm being told that was a walk through their Sorority Row"

I'm just going to assume that traffic prevented you from getting to the game in time to view the GTG's pre-game video, because if ever anything fit into the category "stereotypes are stereotypes for a reaon" it's that video.