Well, not really, but AJC.com is reporting they did win according to Coach Mark Richts' "game rules" of the practice game. His rules stated whatever happened on the final one minute drive of the first team offense would determine the outcome. We score, we win, otherwise we lose (which I think is a great mindset to have at the end of a practice game).

On the last drive of the game UGA made their way into field-goal range, but here comes the bad news.

That's not what I wanted to hear. Do I think a freshman kicker will make 100% of his kicks in an SEC where defensive speed will be breathing down your neck? Not at all. But unless the defense was really pressuring our highly touted kicker in a make-believe game, I don't like the fact he wasn't in "the zone" for what should have been a standard field goal from the 35.

Otherwise, UGA dominated the rest of the practice game. Kicking is one of my biggest concerns of the season, I really hope a win or loss doesn't come down on Walsh's shoulders but I'm thinking eventually it will. Hopefully some of my confidence in the kid will return once the season starts and he gets mellow'd out during crunch time. 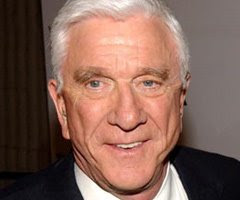 Blair, I wanna let you know good luck, we're all counting on you.
Posted by Mackie at 8:04 AM