Who ordered the bullcrap?!?

I saw this on Yahoo and it caught my attention. As I'd mentioned in the comments section of the Tattoo post yesterday I think Dark Side of the Moon might be the best album ever, not because I'm biased, but because it sold a crap load, it holds the record for staying in the top 100 albums sales charts longest, it has only one song that you don't hear on the radio to this day (Great Gig in the Sky), and it was the kick start to Pink Floyd's concept album run.

Anyway, the nutsack who does music reviews at Yahoo came up with some mythical BCS-esq formula to rank the all-time albums.

Perhaps I'm a little out of bounds here, but come on...Stevie Wonder?!? I don't even think he saw that coming...what?...it's my blog I can make blind jokes if I want!

Anyway, I thought that was pretty gay. You can check out the entire list here.

Other beefs include The Eagles: Hotel California being in the top 10 (at number 8), George Michael: Faith being in the top 20 (at number 20), and a very one-sided opinion of my own thinking 1984 is a better Van Halen album than their self-titled debut...but that last one is a pretty weak argument on my end. 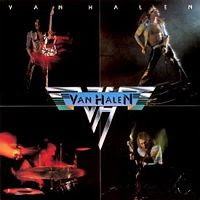 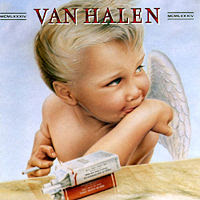 1984's Hit Songs:
-Jump
-Panama
-Drop Dead Legs
-Hot for FRIGGIN' Teacher
(which without a doubt had the best music video of the 80's)
-I'll Wait

Going head to head I declare 1984 the superior album!

Labels: about me, beefs, news, on my soap box, Radio, rim-shot, Rock

Complete crap. I completely agree with you. Being a fellow music enthusiast, I will agree that Songs in the Key of Life is a great album, as is Thriller, but George Michael? Come on? Who has this album? You are right again with the placement of The Joshua Tree. Classic. Absolute Classic. Also, why is Nevermind on this list? This is supposedly the greatest 20 OF ALL TIME! I've got more beef with that than anything else...I mean George Michael...