Life's Most Important Question, Volume I

As we all know, the question we ask ourselves on our death-bed is...

Who will play my role in the movie about my life?

I decided to take this ball and run with it at Blogging Pantsless and it got me thinking. Who would play some of the coaches in college football in the movie version of their life...I believe The Bear already has his in the form of Tom Berenger of The Junction Boys.

So I did some deep thinking of who I thought looked (or acted) like who and came up with the following: 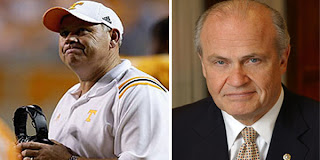 Phil Fulmer as played by Fred Thompson
The Law & Order star (wait, he did politics too!?!) would portray the life of The Doughnut King in his 13 years as an assistant coach at UT then taking the reigns from Johnny Majors in '92. 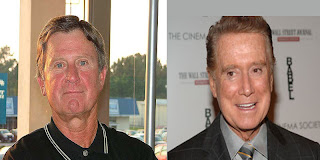 Steve Spurrier as played by Regis Philbin
The Evil Genius will chronicle the rise, the fall, and the "Duuhhhh, I just knows we gone win da' SEC this yeer" future rise again of the Ol' ball coach.
Tag Line: "DID YOU SEE HOW BAD I BEAT RAY GOOF? DID YA'? IT WAS NUTS...NUTS I TELL YA'! 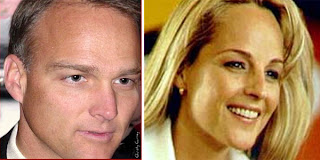 Mark Richt as played by Helen Hunt
Alright look, this was hard to avoid but I wanted to go ahead and get it over with. Yes we Georgia fans have all heard how much our coach looks like Helen Hunt. But if Cate Blanchett can play Bob Dylan and be nominated for an Oscar, then Helen Hunt can portray CMR in The Saint. 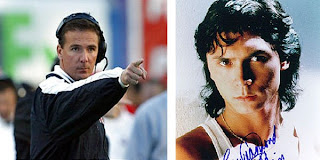 Urban Meyer as played by Lou Diamond Phillips
The star of La Bamba remakes himself as Coach Urban Meyer. From Bowling Green to Utah to Florida, Phillips does a spot-on portrayal of Meyer culminating in what would easily be the highlight of Meyer's career...the Simply Orange commercial. 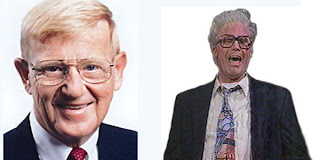 Feel free to leave me any other coaching similarities you know of, I plan on doing a few more of these once I think of some.
Posted by Mackie at 8:26 AM

Yeah, that OJ commercial might be the worst thing since Maxie Price's "WHERE'S LOGANVILLE?!?!" commercial.