For most it is never a question, they either get one (or 100) or they don't. All through college I never really thought about it mostly because I didn't really know where I'd be going career-wise. Those years are past now and I sit in a pretty steady position as Vice President of a good size company that "ain't goin' nowhere". A chillaxed work environment allows for all sorts of attire and I don't really do much face time with the general public who might care about such things like shorts with black socks and sandals.

So lately I've been thinking about getting a tattoo. It wouldn't be anywhere that showed in day-to-day activities (like my face, fore-arm, or butt). It'd be something special to me, but not like my dog's name or anything gay like that.

There are a few things I know will never change in my life, #1 my love of God, #2 my love of Mrs. Mackalicious, #3 as tacky as you may think this sounds, my love of Pink Floyd.

Here is why I don't want to go with #1 or #2. I think the cross tattoo or Bible verse is something people did back in the 90's. I'm sure they are still good Christian people, but I think there is something special to literally not wearing your religion on your sleeve. In my opinion you should lead your life by example and not by whatever the goatee sportin' holy-rollers are doing which comes off to me as a big show of "OOooOoo LOOK AT ME!!!1"

I don't want to go with anything regarding my wife's name because Mrs. Mackalicious is just way too long to fit on almost any body part...HEY-OOOO!!! No I have other reasons I don't really think are public stuff but bottom-line, I don't think it's a good idea.

Which leads me to #3, to say I'm a huge Pink Floyd fan might be an understatement. I am a guy in his mid-twentys who wears band t-shirts like a high school kid, but that's just fine with me. I don't want to get into the politics of why I think they're the best band ever, but one thing is for certain, they had the best album artist of all time working for them. My favorite album is Animals, which features the old Battersea Power Station near London with a pig flying between 2 of the smokestacks. 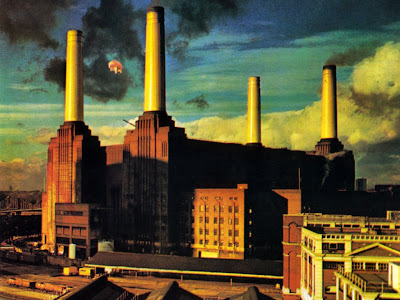 There is a George Orwell's, Animal Farm type message running throughout the album but is much more appreciated on my end due to the incredible music accompanying it.

So if I found an artist who could accurately recreate this album cover without it looking tacky and cartoonish, this was my top choice.

But that's not what I want to know, regardless of the tattoo's content, my big question is whether 25 is too old to get a tattoo?

Pros: I think it'd be cool to have, fun to showoff on vacations, and its a great extension of my character as a person.

Cons: I'm not in college anymore when it's cool to have tattoos, it costs money, if done poorly it might look like the dead horse from Animal House when I'm 70. 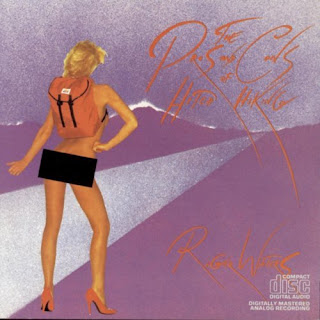 So, if you'll look to the right side of the blog I have set a poll up to get everyone's input. Please only vote once because I don't think I have any way to regulate the results at this moment. Also you can post comments to let me know your opinion.
Posted by Mackie at 7:48 AM

Labels: about me, on my soap box, Rock

I don't know if I want to stare at a whole Pink Floyd album cover forever. But, I don't think 25 is too old to get a tattoo. Actually, the longer you wait to get one, the less likely you are to get tired of it :-).

dude, I remember trying to go to sleep at night back at TE2002 listening to Roger Waters. It somehow worked!

Heh, you had choice.

I say go for it man. I've wanted one since I was 18, I just can't make up my mind what to get. I have actually narrowed it down to my family crest...I think. It is a huge decision. Why don't you get the prism?

#1 I don't really want to have a rainbow on my back whatever the context.

#2 I like Dark Side of the Moon, I think it might be the best rock album of all time, but it's not my favorite.

I need to get you a copy of Animals. Its 5 songs, but the middle 3 average about 15 minutes each. It is perhaps one of the best concept albums ever, best enjoyed in one sitting though.