Welcome to the first installment of The Weekly Awards!

Each week I will take the time to honor the biggest douche of the week with the Hagar Award. But not to end the work week with negativity I will also reward a scholar/gentleman with the Lee Roth Award!

As you might have noticed, these awards are named after former Van Halen singers Sammy Hagar (better known as the blonde chick who ruined Van Halen) and David Lee Roth (the guy who made kicking ass cool, then uncool, and then cool again all because he could).

So lets get this show started!

This weeks recipient of the Hagar award goes to... 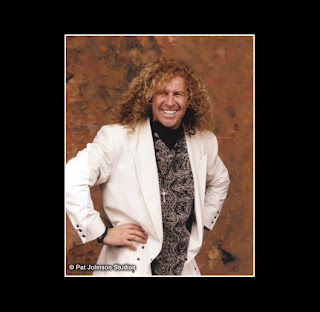 TERENCE MOORE
Terence Moore, only you could make a living out of trying to piss off the majority of Georgia residents. If you're not complaining about why the Braves don't have any black players, you focus your attention on wondering why the death of the most beloved college mascot is such a big deal. In trying to figure it out you make the following statement...

"Other colleges have lovable mascots, and that includes Georgia’s dreaded rival in the Flats, where Buzz has ranked among the top of his profession for years."

I'm not even going to start on how many levels this is comparing apples to pimple-faced, Warcraft playin', socially retarded oranges. Mr. Moore, you deserve this award and I hope traffic is so bad on your drive home that you can't drive 55.

The honorary first ever recipient of the Lee Roth Award is... 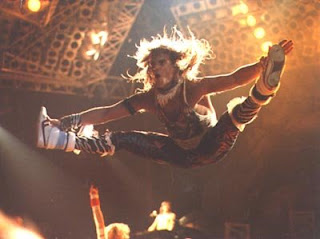 SENATOR BLUTARSKY
of the UGA blog Get The Picture

After a bit of flattery and a few large unmarked bills (mostly SCANA and COMCAST), the kind Senator gave me my first big addition to a Blogroll by someone who isn't a college friend of mine. Senator may every single firework you shoot off tomorrow land in the neighbor's yard who lets his dog poop on your property. As the first honorary winner, Mr. Blutarsky I believe teacher needs to see you after school.

Terrence Moore is the Jesse Jackson of the AJC. I have disliked his columns for years, not only because they are pointlessly racist, but they aren't researched and inarticulate.

I believe another good term would be rabble-rouser.