As a contributing member of society I understand there are few rewards in life greater than the 3 day weekend. Needless to say when you get one, make the most of it. Highlights of this weekend included... 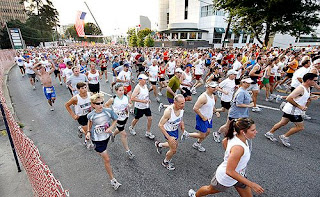 The Peachtree Road Race
I didn't run this year, primarily because #1 they returned my check and entry-form, #2 because I didn't want to pay going-rate for someone else's number. My wife on the otherhand found someone who was trying to dump their number at the last minute and was able to make it to the largest gathering of Kenyans, athletes, and people who will get looks of disbelief wearing their 10K t-shirts to the buffet they no-doubt are headed to after they cross the finish line at 3:45pm. But while they were burning precious calories, I was sleeping late and cutting grass with the DVR recording so I could try to pick out people I knew later. 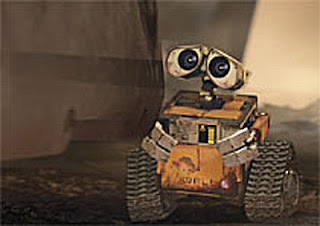 Wall-E
I still have yet to find someone who DIDN'T like this movie. In my opinion, perhaps Pixar's best yet. When an animated movie blurs the line between what I can't tell is real or cartoon...that is impressive (except the Final Fantasy movie...that blew). Not to mention I'm a sucker for Hello Dolly fans, man or machine. 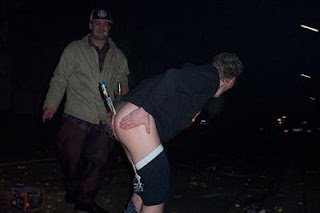 Fireworks
How do we as Americans celebrate our freedom? That's right, by shooting fireworks outta our butt-cracks! No telling how many people will return to work today without being able to hit the spacebar but you know what? Don't nobody care, because it makes for a great story. I decided not to scare the @#$% out of my dogs this year and stuck to the HD broadcast of the Lenox show. Until Channel 2 decided to do a split screen shot between Lenox and Mall of Georgia which completely negated any benefits of watching a fireworks show in High Definition...not cool Monica...not cool. 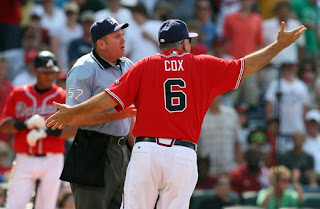 The longest Braves game in Turner Field history
Why was this game great? Hmmm...let's see, rain delay and I wasn't there. Bobby Cox got thrown out. A great comeback effort by the home-team in the bottom of the 8th. Eight free innings of baseball. Bases loaded single in the 17th wins it for the Bravos. Lucky for me I was able to watch the first part of the game from home, then me and Ricky Bobby met my parents at Applebee's for dinner (give it up for free meals!) where we watched them tie it up, drove home assuming they'd lose (I'm a bit of a baseball pessimist...I've been hurt too many times). Later that night I was sitting on my butt in the living room when I saw it was still on and caught the final two innings. In long games like that, it's best when you catch the meat of the game without any of the filler that's why I watch the last 5 minutes of basketball.

So I hope everyone had a happy 4th of July. If you didn't thank a vet, grill out, wave a flag, drive a truck, sing God Bless America, eat apple pie, fire a gun, catch a fish, light a fuse, drink a beer, say a prayer, hug your mother, kiss your wife/girlfriend (but not both), shoot a bird, walk around in underwear, or "thank you're lucky stars to be livin' here today"...then you were simply un-American my friend...and you can go to Hell.
Posted by Mackie at 7:53 AM

You forgot to mention the Ghost Trolley Tour.

In other news, I still haven't seen Pepper's movie review.

Mackie, this is actually really funny. Melissa and I laughed pretty hard at the Urban Meyer played by Lou Diamond Phillips bit. Did Megs make that one up for you? Hugs and kisses,