Innerview with the Enemy

I tried to contact a few Gator and Bama blogs about doing these "innerviews", but I realized the probably check their blog email as often as I do. So faced with a deadline I decided to look elsewhere. Therefore we're getting a couple of classy students from each university to entertain me.

First up on the dockett, representing the Denim-nation of Florida University, a young housewife from Gainesville, FL who goes by the name, Fake TT!

-Why will your team win this game?

Although Alabama’s defense is probably the best second best defense in the country (behind, dammit, Pete Carroll’s crew), their offense is quite lackluster. Meanwhile UF possesses wonderful teams on both sides of the ball. Add in the best special teams in the country, and the 10 point spread appears well justified.

-Why will your team lose this game?

I truly believe the Gators will be the superior team out there, but any superior team can lose if it turns the ball over. The only loss of the Gators season thus far was a product of five turnovers. Fortunately the dome setting assures there will be no weather issues.

-If your team’s coach was a tree, what kind of tree would he be? Why?

I’ll try to provide an equally silly response: Kelp, of course is a type of marine plant which grows in “underwater forests” (thank you for making this stretch plausible, Wikipedia) which I think represents Urban quite well. Why, you ask? Because kelp has the reputation of being able to grow more than a foot per day under ideal conditions, appropriate for the man who has built the fastest offense in the history of college football (I know you don’t think they’re as fast as that ’56 Notre Dame squad, but trust me.) 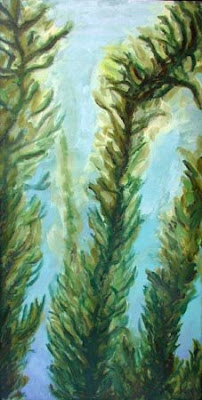 -For each situation you only have 1 option, would you rather your team win or…
1. Have the pet of your choice live forever. UF win – Cloning is right around the corner

2. End world hunger. _UF win – what would we have to complain about?

3. Never know the feeling of throwing up again. UF win – I got used to throwing up when I went away to college?

4. Win the lottery (I’m talking powerball, not scratch-offs). UF Win – Hey, I’m 27 and still in school for a reason

5. Have Heath Ledger alive again to reprise his role as the Joker. (I stole this one from CH) UF Win – how many sequels of sequels have really been any good anyway?

6. Be assured you would die of old age (not a car crash or painful disease). UF Win – very boring life

7. Have your own personal sushi chef to impress your friends and fix you sushi whenever you wanted. UF Win – although I do love sushi

8. Be friends with me. Oh, Mackie, don’t make me decide
(THE ABOVE ANSWER IS ASSUMED TO MEAN BE FRIENDS WITH ME)

9. Have your favorite television show never get cancelled and always not suck. UF – please…

10. Never be too cold or too hot ever again. UF Win

-If your team wins, it is likely they will play for the National Championship. In a dream world, who would you like to be able to say you beat for the National Championship (assuming you don’t have a visceral hatred for Oklahoma)?
USC, not Oklahoma. In a dream world, UF would score 50 against the defense that Corso proclaims to be the best ever (which would then vault Bama’s defense to number 1… hmm, a nice consolation prize)

-How gay is it that Georgia lost to Tech last weekend? I mean really, be honest?
C’mon, man, you gotta represent the SEC. I mean, really, way to go Dawgs and Cocks for losing to the ACC.

-Who do you consider to be your school’s most famous alumni? If you could replace him/her with the celebrity, politician, artist of your choice whom would it be?
I suppose one of the most famous alumni of UF is Emmitt Smith.
Now, we'd really have to find a jack of all trades to replace the NFL's all-time leading rusher and, more importantly, champion of Dancing with the Stars. But again, just like cloning my pet, I'm sure in the future we can make a person out of Joe Montana, Brad Pitt, Mikhail Baryshnikov and Mother Teresa (for good measure, although I don't think she'd approve). I digress. I think I'd like to see Tiger Woods as an alumnus. 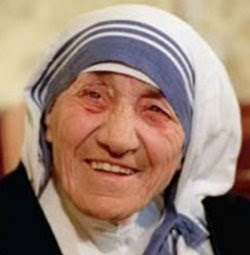 You read it here first, 100% of Gator fans interviewed would rather have Tiger Woods as an alumni than Mother Teresa.

-Early picks for next year, take into account your team’s loss of seniors/early draftees, what will be your team’s record and which bowl will they attend?
I feel pretty good that Monty Kiffin, the new head coach of the Vols, won’t have time to get it together up there in Knoxville (yes, I said Monty, in case you’re wondering, Lane will really just be the head recruiter). A Stafford/Moreno-less Georgia should be fairly mediocre, and therefore I think Florida has a nice road to the SEC championship game. I think they will face Bama again next year, especially due to the youth of both these teams. We’ve seen one and two loss teams make the national championship, so I think Florida will at least play in a BCS bowl next year. That’s as far as I’m going to take it.

-It’s pretty cold outside, eh?
Believe me, all us thin-blooded Floridians are sure glad this game is in a dome.

-In the year 2019 there will be another famous football player become a national embarrassment to his school (Example: Orenthal James Simpson early 90’s to USC), which current NCAA football player do you wish this to be? Why?
Sorry, Mackie, I’m not going with any Dawgs this time of year. I have a feeling Terrance Cody will end up being one of those guys who gets so fat he can’t leave his home. When inevitably he begins having health problems, they’ll have to tear down the wall to get to him and fly him out like a misplaced whale (however that happens). I certainly don’t wish this upon anyone, but I certainly see it as possible.

Well, that was quite an insightful look into the denim-heart of a Gator fan.
Tomorrow we'll hear what the Crimson Tide faithful are thinking about the SECCG

I think Urban Meyer is like a Christmas tree - rootless, chintzy, and only seasonally important. Zing!