A Brief Lesson on Peppers 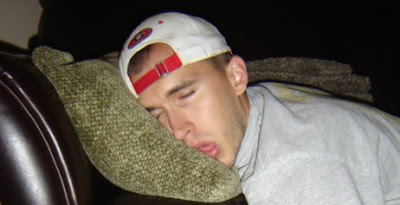 2. Outdoor grilling (be it ribs, steaks, or ice cream...I can grill them all to perfection). (no photo available, reduces risk of secret recipe being stolen)

This year for the SEC Championship Game we had a few friends over and I thought I'd make my world famous recipe for Jambalaya. There is nothing like a warm bowl of stewed cajun yumminess to warm the soul on a chilly day. I figured the recipe tasted good enough, I'd add a little bit to help it look more presentable with larger chunks.

The recipe is moderately spicy and aside from the little dash of red pepper, there isn't really anything else to add spice. As I perused the aisle of my local grocer looking for cool stuff to throw in, I ran across the produce section with a wide selection of fresh peppers.

Eventually I figured if I threw in a couple of these pretty little yellowish/orange colored peppers I found, they'd look really cool floating around in the stew.

I have very little knowledge about peppers. I know Habaneros are a NO-NO, I know Jalapenos are awesome on cheeseburgers, and I know the long skinny red one that comes with my chinese food is damn near inedible.

So these little bitty yellowish/orange peppers (called Scotch Bonnet peppers) were no larger than a golf ball, and I'd always assumed as long as they were yellow they were pretty mild. Long story short, when it came time to throw everything in the pot, I cut these bad boys length-wise and tossed 'em in. 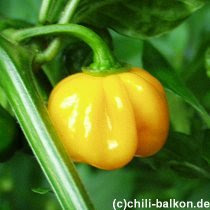 To put how incredibly frickin' holy hell hot the jambalaya turned out can only be best described with a bit of Mr. Roger's style schooling.

The degree of "hotness" in a pepper is measured in Scoville Heat Units.

The spicy Jalapeno weighs in at a hearty 5,000 units. The flame throwing Cayenne comes in at 60,000 units.

...Mrs. Mackalicious says I am no longer allowed to run Helter Skelter through the grocery store purchasing ingredients I think look pretty. Oh well, my punishment was having to eat the leftovers which stewed for 24 hours only to become more pungent to the taste. But since I enjoy spicy food, and she still has to sleep next to me...who is really getting punished here?

To the 70 (or so) frequent readers that missed out on the pepper infused Jambamamambualuaya... your loss my friends.

Do you have a stomach lining today after eating those leftovers?