My people, I have returned from my voyage to Mecca. 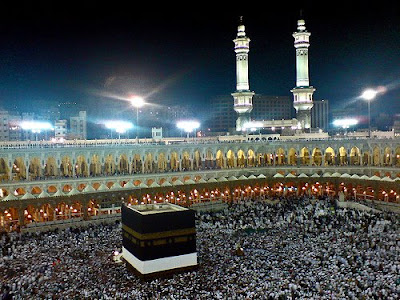 ...no, not that lame curry smellin' Mecca. 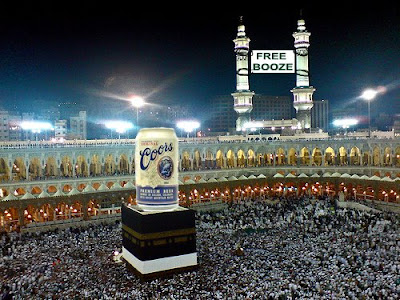 The redneck Mecca we Southerners know as Golden, Colorado.

I took myself a little vacay and tapped the Rockies with my beautiful wife. You guys are lucky she was there, otherwise who would have taken all these awesome pictures?!? 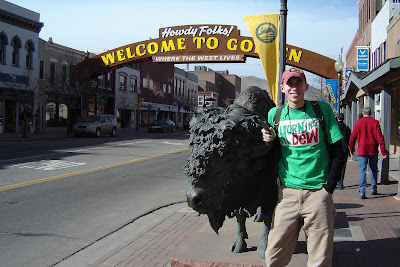 Mackie at the entrance to Golden, CO. 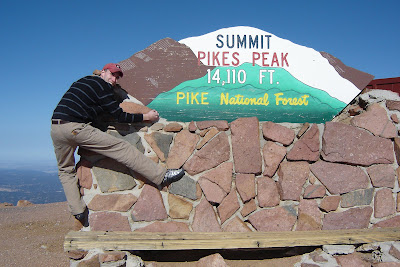 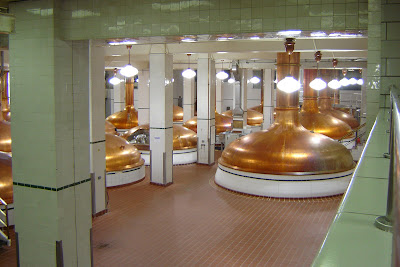 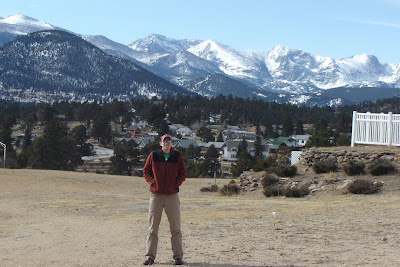 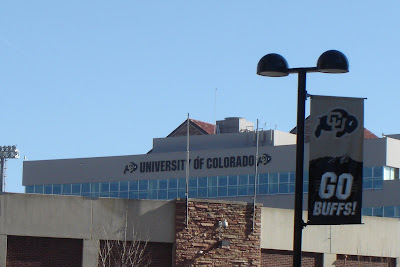 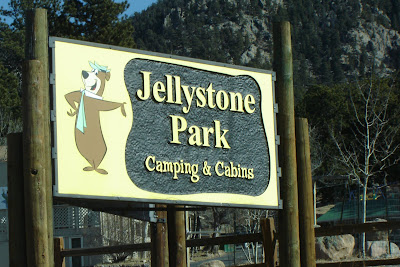 Anyway, not that I want to amaze you with my totally bitchin' pictures of Colorado. I just wanted to let you know I've taken a breather, collected my thoughts, and hopefully we're ready to unleash an avalanche of editorial sports ramblings. Also, my search for a new automobile is in full sprint due to the insurance company totalling my truck and writing me a fat-nasty check for like a million dollars.

But thanks for allowing me to take a leave of absence from the blogging world...thanks furthermore to those of you who continued to check my blog out even when I specifically wrote I wouldn't be posting until last Monday...which turned into Tuesday. Traffic was steady which meant there was a void left in the lives of 40-50 people who longed for my voice of reason in a world with free government money (if you suck bad enough at life) and moms with eight arms?!?

Hopefully if I get my desk cleared off at work I'll get some stuff up tomorrow. I'd especially love to have a little piece about Orson Charles up under the right circumstances...otherwise I totally knew that kid was a homo. But smoke 'em if you got 'em, it's time to get pantsless!
Posted by Mackie at 8:26 PM

Labels: about me, sorry this is not news

I like how you're wearing the same pants in every picture.

So you blog pantsless, but "mountain" climb with pants. Good choice.

And good to have you back...and sober.

Did you get to Ft Collins? 2 great breweries there

Welcome back, Mackie! Please help fill the void in the UGA sports-related blogosphere...my blog appears to have been taken over by sci-fi lovin' homos.