Mackie's Guide to the Academy Awards, Part I

They just released the nominees for each category of the Academy Awards. If you're anything like me you caught The Dark Knight and Wall-E so you feel pretty damn cultured. What's that? There are other movies nominated you've never heard of?

Well that's what I'm here for, my friend.

The purpose of this post is to update you on all the awesome movies you had no interest in seeing this year that Hollywood people think are the bee's knees. I hardly think it matters that I haven't seen them either and am mostly guessing as to what the movie is about...nonetheless I'd hate for my readers to feel out of the loop if I didn't synop the movies you're going to be hearing about. So I could possibly write "SPOILER ALERT!!1" but the fact is I don't know how any of these movies end so anything I write is a totally made up ending. 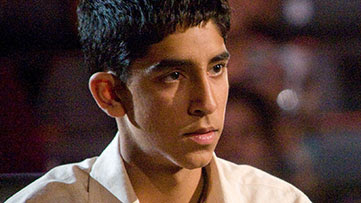 Some guy, who is poor in a crappy country like Iran or something, can't afford to come to America and drive a cab so he decides to be on Who Wants to be a Millionaire. Regis asks him a lot of questions poor people shouldn't know but the guy knows anyway. The police get pissed off because this guy is poor and should be stupid so they arrest him. The poor guy tells police he's smart because he watches The Game Show Network all day instead of getting a job so he knows all these questions already. The police let him go and it comes down to the million dollar question. The question is, "How badly did Mackalicious want to see this movie?". The poor guy says "Not at all. Final Answer." and wins a jillion dollars. The Iranian government then takes all his money, kicks his poor person ass, and proceeds to spend the money on hookers, cocaine, and funding Hamas. The End. 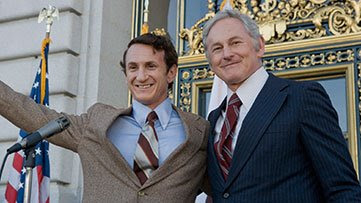 Jeff Spicoli from Fast Times at Ridgemont High is a REALLY gay guy who runs for mayor (gayor?) of the gayest place in the world. His platform is all dudes should makeout in public and tell little boys how awesome it is to do it with other little boys. I gotta admit I don't really know much about this one so I'm gonna go out on a limb and say a gay candidate gets elected in San Fransisco and almost immediately the property values of the entire Bay Area skyrocket. This causes Danny Tanner to to start charging his brother-in-law Jesse, and his best friend (and all around funny-man) Joey Gladstone rent for mooching off him as he tries to raise his 3 daughters. Hijinx ensue. 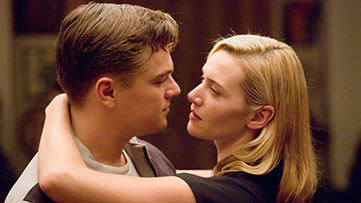 This movie takes place sometime after the Titanic went down and apparently Jack and Rose survive the shipwreck and move into Alpharetta. After surviving such an exciting thing like nearly dying, the two start having thoughts about how crappy it is living in the suburbs with other couples who do awful stuff like have children, own property with lawns and garages, and live near "parks". Unable to communicate their desires of being stuck in traffic all day, having homeless people throw feces at them, and paying exhorbanent amounts of taxes, the couple begin to strain their relationship. One day while Rose is out in John's Creek shopping for a new velour track suit, one of her girlfriends calls to say she just saw Jack taking a business client out to The Cheetah for their prime rib lunch special. Later that night Rose confronts Jack and after a huge fallout argument they decide to get a divorce. Jack loses 1/2 of what he owns but trades their PT Cruiser in on a Dodge Viper. Rose gets fat and starts banging random dudes she meets at Johnny's Hideaway...roll credits.

If work slows down I'll help you out with a few more nominees, but that'll probably be all for today. This is obviously what football offseason looks like for me on slow news days.
Posted by Mackie at 11:09 AM

Dude, those were awesome.

My four year old wouldn't even sit through Wall-E.

And thanks for the cliff notes version. Keep this up and NetFlix will become obsolete.

I've heard from several friends that said their kids weren't fans of Wall-E. I thought it was great, myself.