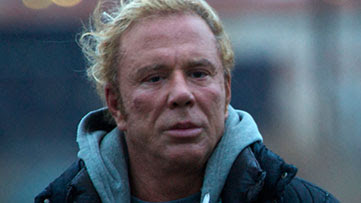 The Wrestler follows the life of Randy "The Ram" Robinson. Earlier in his career Randy was a rebellious fighter who played by his own rules. He wouldn't second guess throwing lesser opponents into a Suplex or a Powerslam to get his message across that he. was. the. best. Then tragically Randy suffers a nearly carrier ending fall out of the ugly tree. His life spirals out of control until he meets Mona Lisa Vito (played by Marissa Tomei), a the sassy girlfriend of a New Jersey lawyer who knows A TON about cars. Randy steals Mona from her boyfriend and she inspires him to start his wrestling career back up. After an awesome Rocky IV style montage The Ram works his way from Backyard Wrestling to the Mexican League where he tag teams with Rey Mysterio eventually lobbying Vince McMahon for a shot of taking on WWE Heavy Weight Champion Chris Jericho. Chris Jericho proceeds to kick Mickey Rourke's 60 year old ass and calls him a "fag" for carrying that ugly lap-dog around with him every time he goes out in public.


5. The Curious Case of Benjamin Button 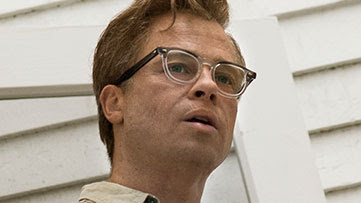 Brad Pit stars as Benjamin Button in this totally feasible classic. I can't tell you how many people I knew growing up who were born as shriveled old men and progressively got younger as we aged. Anyway this movie follows the hardships of Benjamin button as the old-man-kid who can't control his bowels in 6th grade. The challenges of missing prom because it coincides with his prostate exam. The mental frustration of losing pubes and having his voice RAISE when he turns 70. Then culminating in a big argument with his old wrinkly wife because all he wants to do is sit around watching Baby Einstein and breast feed all day. WHY DID THE WORLD HAVE TO WAIT 81 YEARS FOR A MOVIE THIS AWESOME TO BE MADE?!! 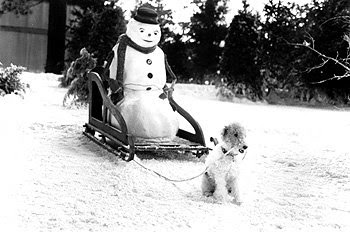 I wasn't sure if I'd want to see Frost/Nixson, but it looks too good to pass up.

Instant Classic: Frost/Nixon...i can only hope there is a sequel...

So basically Ben Button is the reverse of that movie Jack by Robin Williams....

I'll skip it then. When Jack came out I went in to see a comedy and only laughed at the Flubber preview. Another classic....

Frosty the Nixon gets my vote.