Apparently, Newnan recruit Alec Ogletree got to experience this first-hand. Last weekend Coach Richt gave him a ride from the weightroom to practice during Junior Day in his truck. He talked to Alec about staying close to God, living life to the fullest, playing in-state where his family could come watch him play and how he wanted nothing but the best for Alec. What a classy guy. 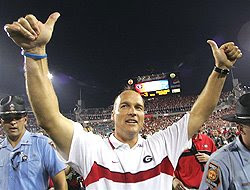 Whos got 2 thumbs and has to use seatcovers so the charisma don't stank up his leather upholstery?

But what really interests me in this story is Alec Ogletree's top choice right now is...Miami?!?! It's not surprising because Miami is a crap hole, it's surprising because he HASN'T EVEN BEEN THERE. I think if this guy is used to the suburban nightlife of the best Newnan, GA has to offer...Miami would eat him alive. I think it'll only take witnessing a couple drive-bys, a few bad drug deals, and catching a bad case of Feugo Cubano from the local mistresses in order to send this kid packing back north to Georgia. Randy Shannon, I'm sure you will show this kid Miami's finest. 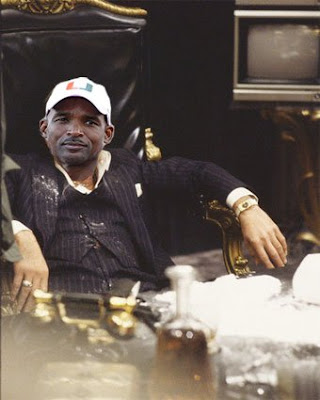 "You know Alec, Larry wasn't the only one they called Coker." 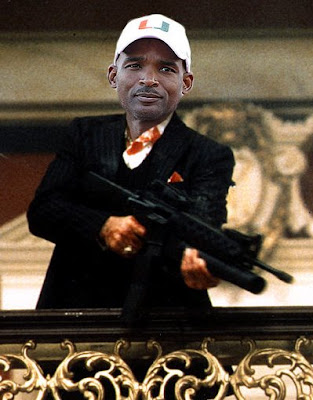 Of course I've never actually been to Miami either. But I assume it's alot like the movie Scarface...still. Overrun by Cuban gangsters, out of control coccaine usage, discos, and gunfights in broad daylight. Correct me if I'm wrong.

Anyway I've said it before, I think the city of Athens is one of our greatest recruitment assests. We've got churches for the straightlaced kids and Toppers for the wild ones. If you want trouble you can find it, but it's not running rampant throughout the college town.

So hopefully Alec gets his visits in and comes back to UGA. This is out of Coach's hands now but the personal time riding in his truck couldn't have done anything but help. Rumor has it Paul Johnson is taking the same approach to landing his bounty of 2 and 3 star recruits for 2010. 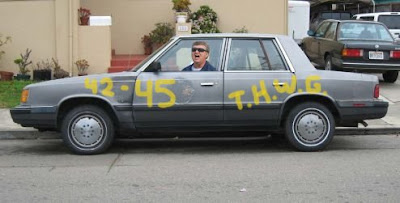 Hurry boy! We gotta get over to the Varsity before the Nursing Students herd that way!

Thank God for Photoshop...without it I'm nothing.
Posted by Mackie at 7:19 AM

Best post lately, Mackie. I think you could have made 20 more Scarface pictures with Randy Shannon's head and I'd have laughed at each one. Bravo.

Yeh, even Pacino couldn't have made that work...