From what we are all hearing, Da'Rick Rogers switched commitments from UGA to Tennessee.

Does it suck to lose a great WR prospect? Yes.

Does it suck to lose him to a conference rival? Yes.

Does it suck that said rival is Tennessee? Abso-frickin'-lutely.

But you know what sucks even more? Having a bunch of Georgia fans (the term "fan" used loosely) harassing the kid for his decision via Twitter, Facebook, etc...

We wanted him, we didn't get him, water under the bridge. You burn furniture when your head coach skips town, not when a 17 year old boy doesn't want to be on your football team.

The only people Da'Rick Rogers has to worry about crossing paths with are this guy now... 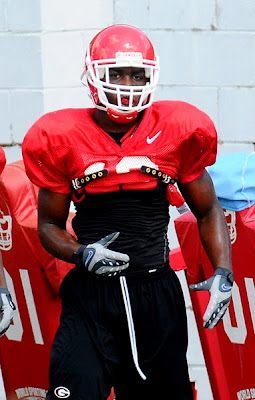 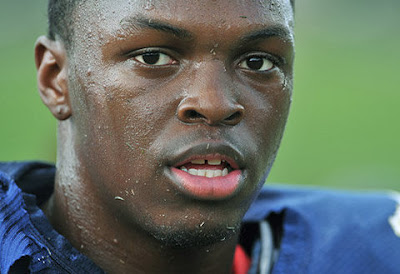 Save your worries for the Fall. Tomorrow is about celebrating who wants to be a part of our program. Good luck to the kids signing with their respective teams tomorrow, and may the best team win.

Labels: DAWGS, dieing hurts, recruits, sorry this is not news

i made the mistake of clicking on one of the twitter remarks and was almost knocked out! we are not dealing with brain surgeons here!

Yes you must volunteer so that you can cooperate in the team.. amanda vanderpool model