I didn't know about this until I heard about it on The Regular Guys, Friday morning, but Saturday they were hosting an Open House at Turner Field.

I got the opportunity to re-enact some of my favorite Braves moments... 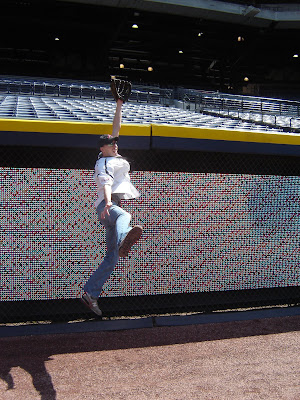 ...I was also arrested for cocaine possession afterward. 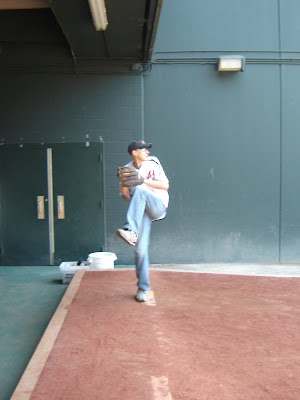 ...not as easy as it looks. The purple-haired f@#%^$ from the #7 train are relatively accurate with their battery throwing. 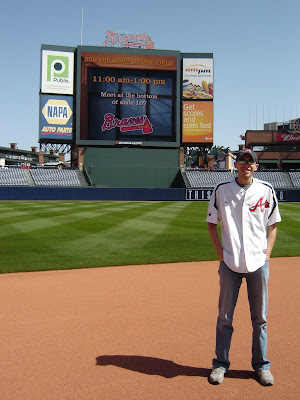 Not pictured is the softball size wad of chewing tobacco. 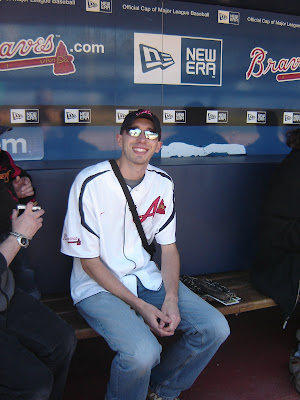 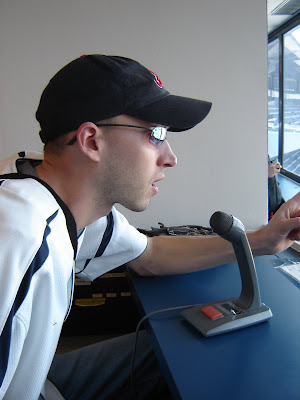 "It looks like a fan from Kennesaw, GA comes away with a souvenir...DON'T STEP ON DOWNED POWERLINES!" 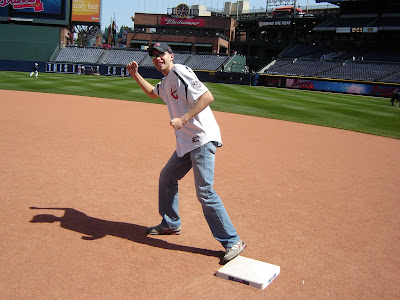 About to get WAYSTEAD and go for a drive! 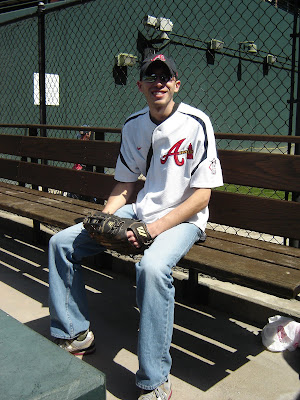 ...just kidding. Had Dan Kolb actually stayed sitting in the bullpen instead of seeing closing opportunities, 2005 might have been a better season. Still makes me angry. The Braves have a notoriously patient fanbase, and if a player brings out this sort of satire from us, then you know something ain't right.

But in all seriousness, it was a fantastic Saturday. We got to Turner Field around noon and got to run the bases, pitch in the bullpen, sit in the dugout, visit the clubhouse & locker room, and got a tour of the pressbox. All of this was free too...even parking which is a miracle in-and-of itself. I had no idea they did this every year but it sure isn't publicized too well because I've seen bigger crowds at a Marlins game. So keep your ears & eyes open next year for this event, it's an absolute blast. Also, if you get there earlier they'll let you catch flyballs in the outfield...unfortunately we were running a little late and they'd already cut the line off.
Posted by Mackie at 8:07 AM

Labels: are we there yet?, Bravos

Not to be a picker aparter...but wasn't the Otis Nixon era in Atl Fulton Co. Stadium?

If I'm right...and I think that I am....I expect a new picture from the actual spot in the parking to replace that one asap.

...way to go all Aunt Louisey on me, Bernie.

You are correct none-the-less...I'll schedule the reshoot for Opening Day.

Bernie-I'm a huge Otis Nixon fan! My Dad used to buy season tix every year & this old, sweet lady that sat behind us used to scream (and i mean at deafening levels)

Every time i hear his name or think of him i think of that sweet, old lady :)

Can I just say that I’m pretty jealous

And while everyone is giving you a hard time, didn’t Otis play center field? The picture you took looks a lot the fence from right field.

When you do the reshoot I want to see the UPs

Nice weekend to be played in football. and it's nice to watch also.. Amanda Vanderpool